Every now and then, you stumble across a hidden gem right in the middle of a city. The Nutshuis garden is one of those places. It has amazed many a visitor, and yet still remains an undiscovered jewel for others. A place to catch your breath between the fruit and nut trees, the beehives and the prolific lily pond. There are benches in the sun, benches in the shade, or you can spread your blanket on the grass. If you fancy a nice cold drink, a slice of cake or a delicious lunch in the garden, the terrace of Juni Café is ready and waiting!

Energy in the Nuts garden

Two windmills on the roof of the car park (you can just see them from the garden) and solar panels on the greenhouse and roofs of surrounding buildings generate a huge amount of energy. You can see exactly how much on the display in the garden’s greenhouse.

Water in the Nuts garden

Recycling water in the Nutshuis garden (both from the pond and from rain) is a top priority. A 40,000-litre tank has been installed in the basement of the neighbouring Ibis Hotel. It collects water from the roofs of the surrounding buildings, which is then used to water the hanging garden.

The Nutshuis garden is home to countless animals, particularly in the summer. From rosemary beetles in the lavender bushes to the bee colonies in the hives. The pond is a firm favourite for many urban species. They include: ducks, frogs, minnows (tiny fish), larvae of the mayfly and the caddisfly, freshwater shrimps, waterlice, sludge worms and freshwater snails. 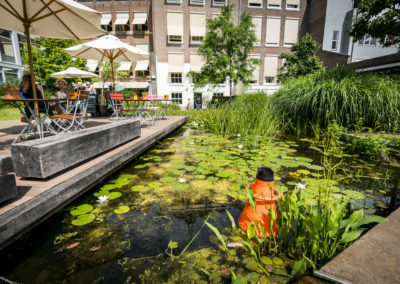 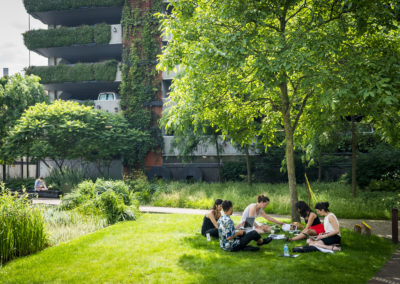 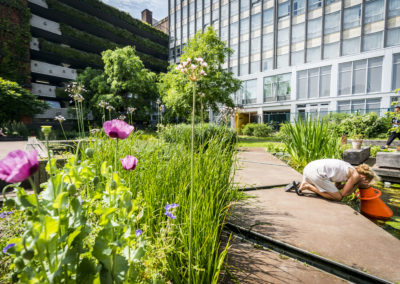 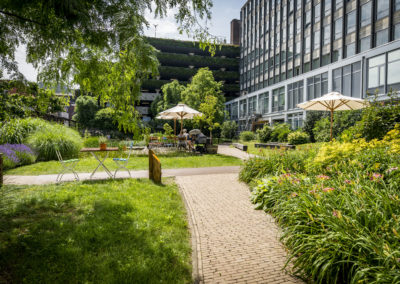 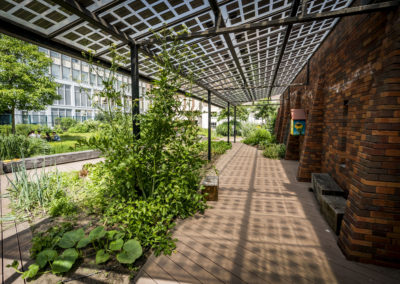 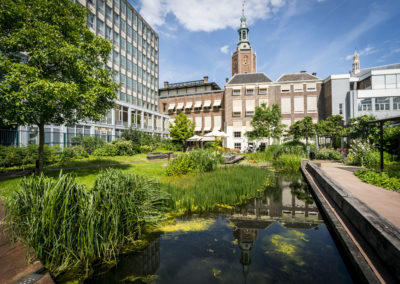 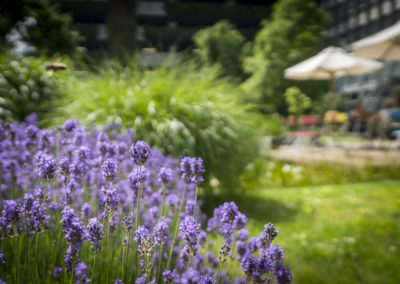